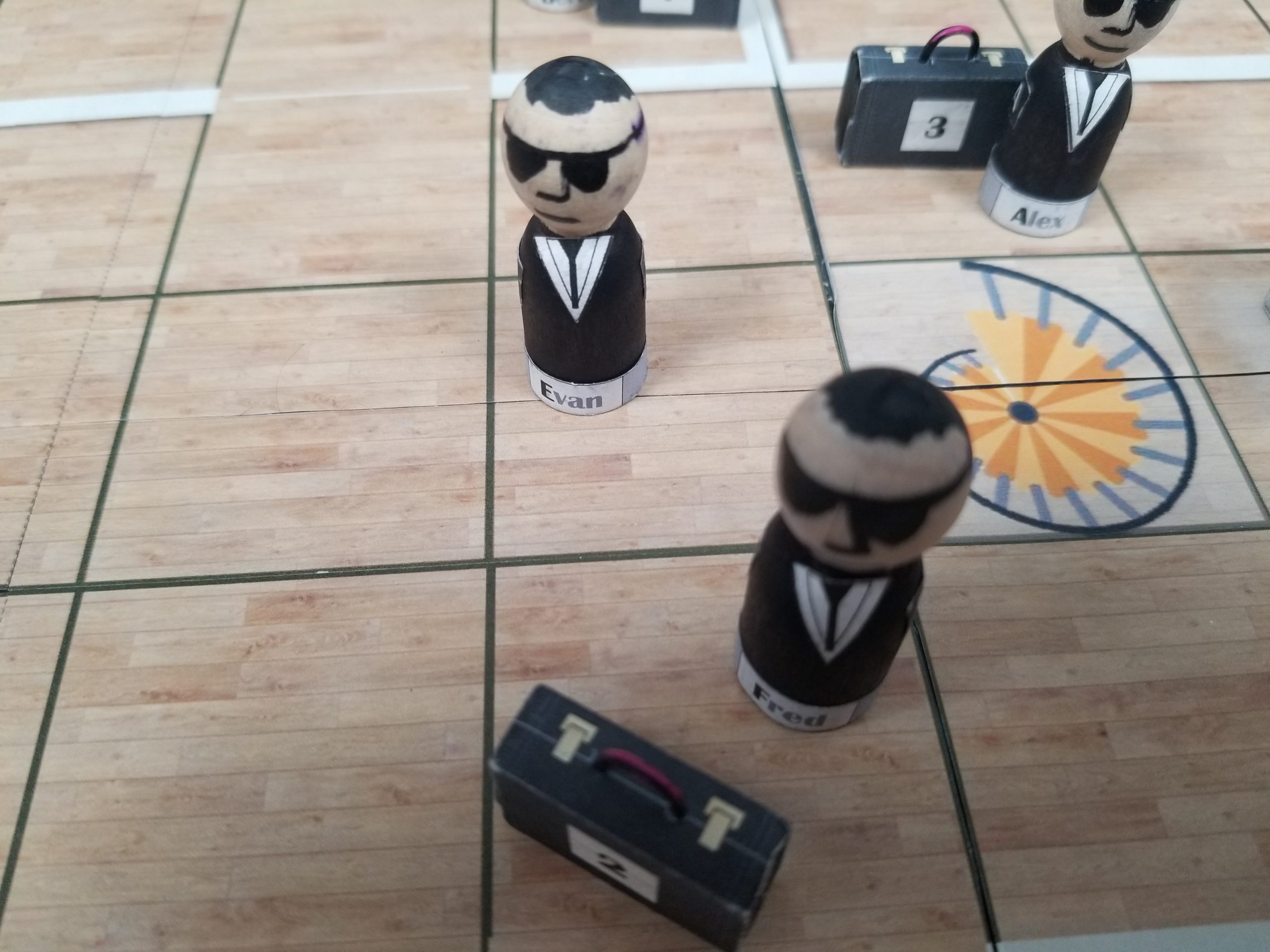 The Hope Diamond has just been stolen! But who is the real thief and in which briefcase is it hidden? The thief also controls an accomplice and 5 innocent suspects he's paid off to dress just like him.

Can the detectives capture him before he escapes?

It's thief vs. detective in this 2-player game of deduction and deception.

In this elaborate shell game, the thief swaps briefcases and uses special moves and hidden passages to try to escape, while the detectives use their cunning, wit, and a few tricks they have up their sleeves to try to catch him!

Then, players swap roles to see who can pull off the biggest Jewel Heist. 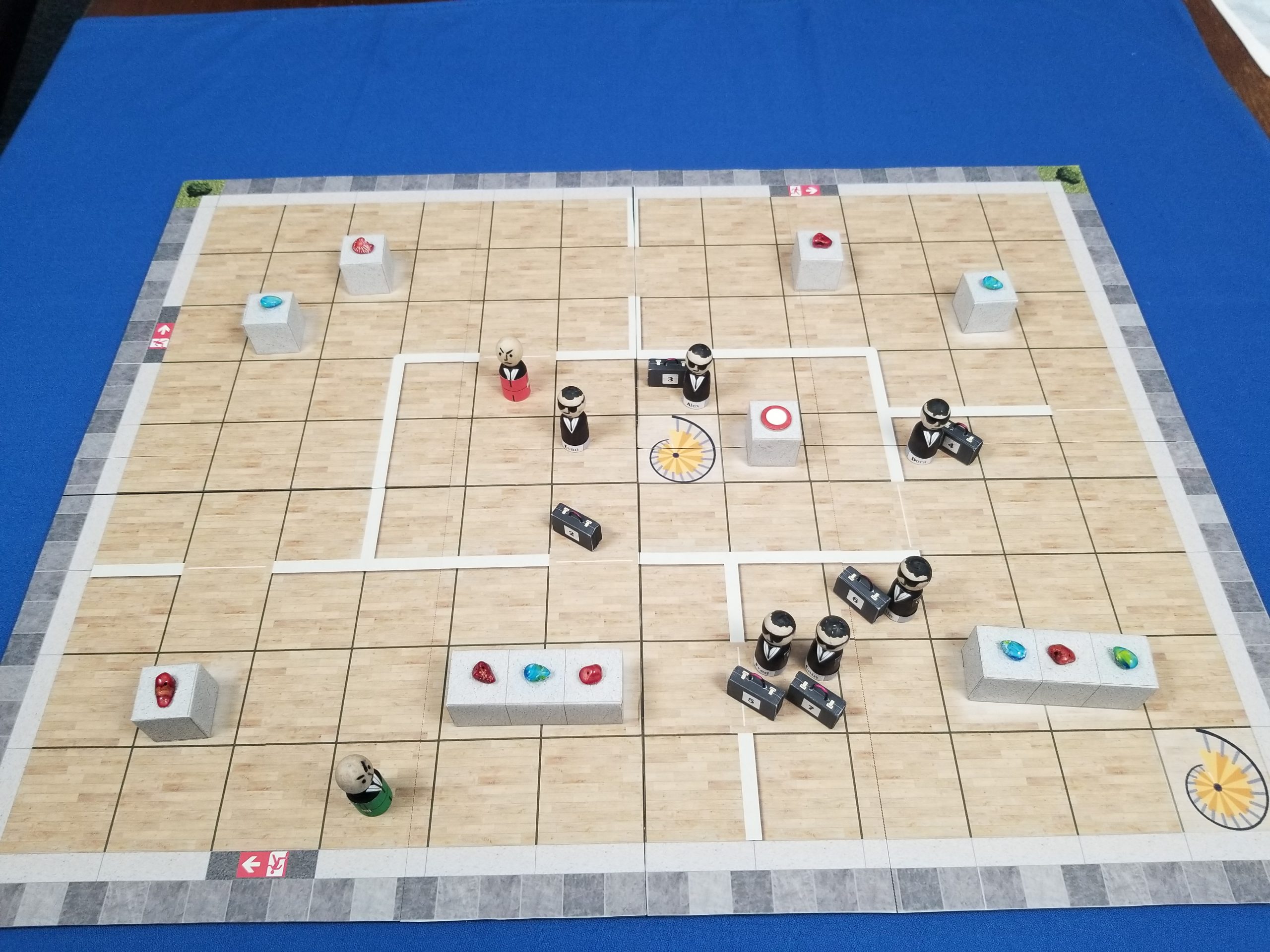 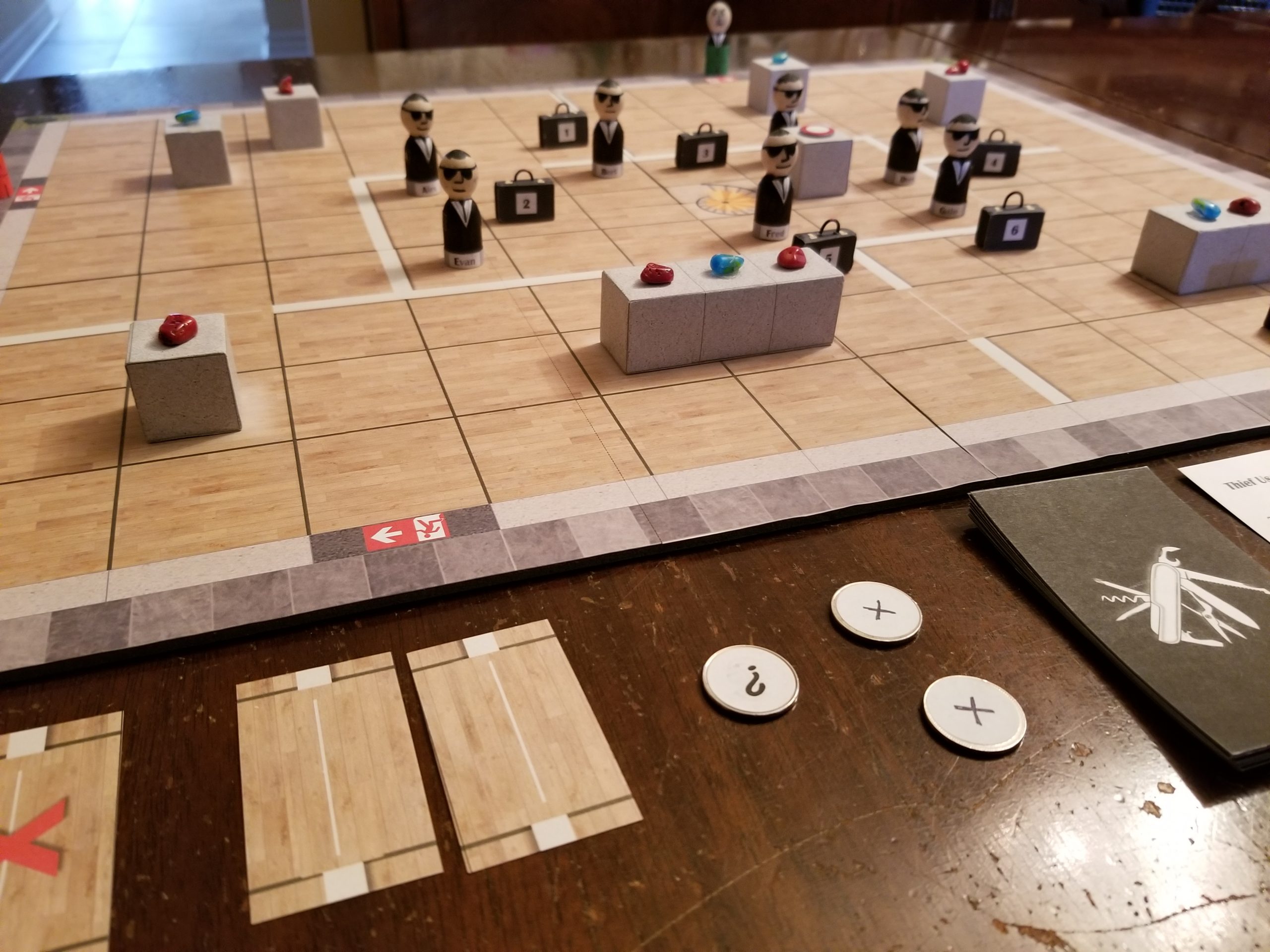 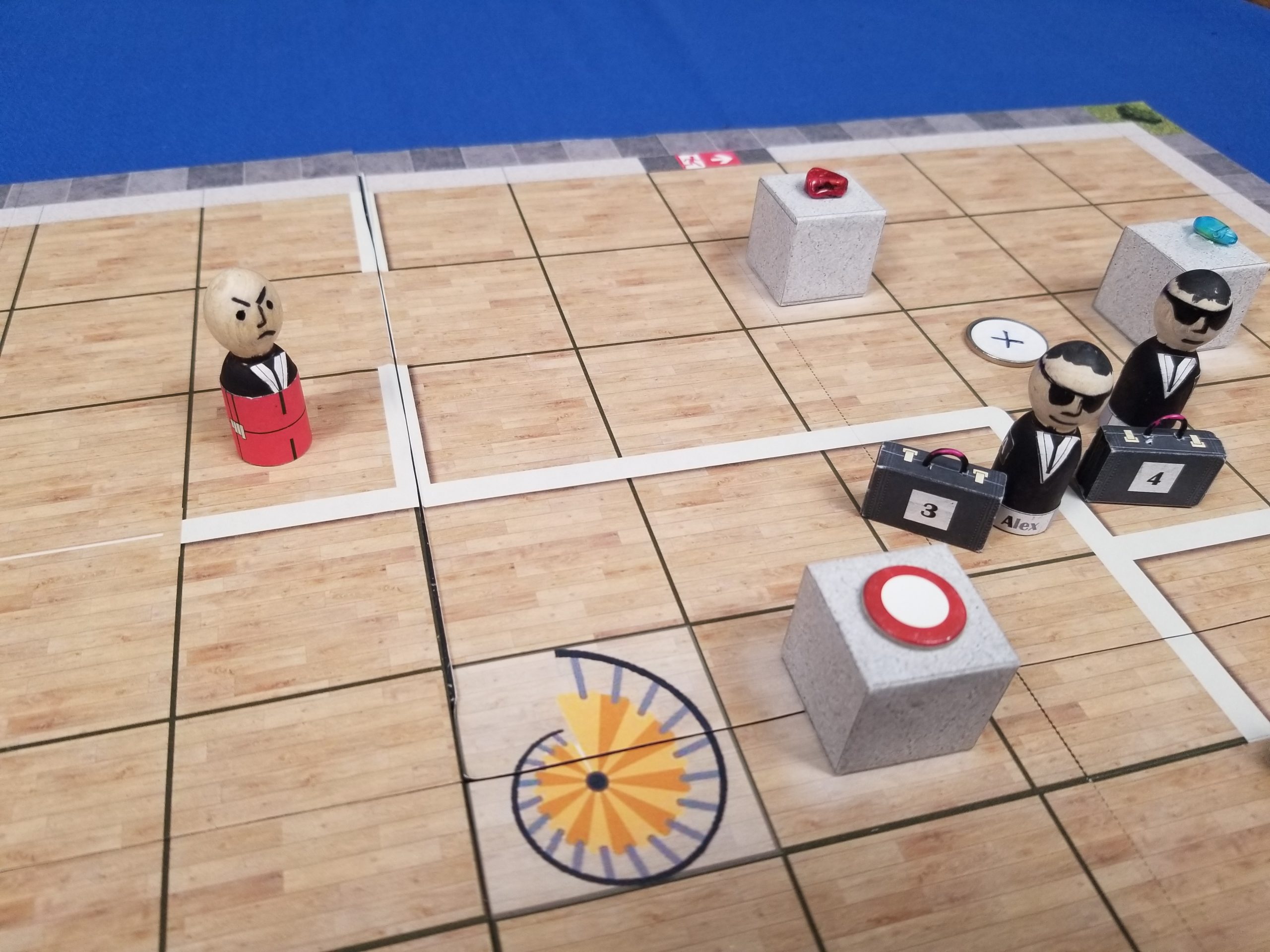